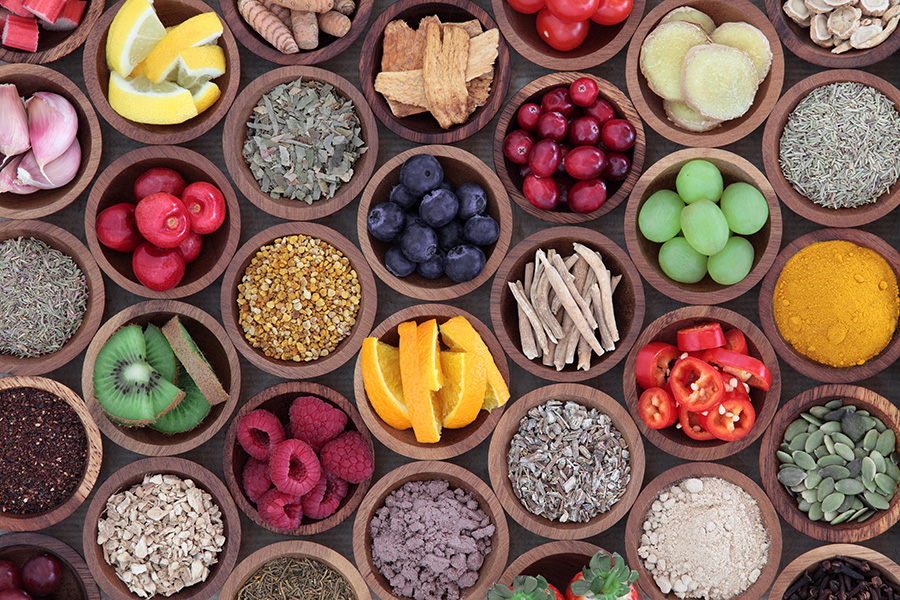 What are superfoods & do I need to eat them?

Over the past few decades, more and more people have become increasingly focused on what they’re eating. This has been especially true recently, as various trends and fads have come and gone. However, ‘superfoods’ seem to be showing a significant amount of promise.

There are a variety of reasons for this, with the most noteworthy being that they have a large amount of scientific backing. You might be wondering what superfoods actually are, as the term is still relatively new.

In short, these are foods that are naturally packed with a variety of nutrients and essential acids. Many of these can be vital for optimal health, as well as offering other advantages. There are quite a large number of superfoods on the market, almost all of which you’ll already be familiar with.

However, this begs the question; what are the best superfoods to supercharge your body? While the exact answer can depend on what you’re looking to focus on, some foods come much better-recommended than others.

While many of us might want to supercharge our energy supply with superfoods, we need to look after our brains and memory too. This is where blueberries shine, as they’re high in antioxidants.

These help to improve a variety of brain functions almost immediately, with this primarily being driven by a boost in brain signals. Some studies have also shown that they can slow down the cognitive effects of aging by up to 2.5 years.

It’s long been known that fish is one of the healthiest meats that you can work into your diet. However, that doesn’t mean that all fish are created equal. In contrast, ‘oily fish,’ such as salmon, sardines, and herring, can be much healthier than others.

These have much higher omega-3 fatty acids, which should provide heart disease and blood pressure benefits over the long term. Some have also been linked to slowing down age-related conditions, such as Alzheimer’s, among others.

While a lot of us might want the health benefits of oily fish, we often might not like the taste. However, you could replace them with walnuts and still seeing many of the same advantages. A lot of this is driven by the fact that they’re high in fatty acids, but there are also a variety of other nutrients in them.

This should mean that you’ll see a large number of long-term cardiovascular and brain-related health benefits.

The old adage that breakfast is the most important meal of the day still rings true, although this depends significantly on what you’re eating. One of the healthiest ingredients you can use is whole grains, which can come in a variety of ways.

One of the main reasons for this is how our bodies process whole grains, which takes much longer than other grains. As a result, they release energy slowly and over a longer period. This could mean that you’ll feel fuller for longer, which could help you lose weight.

Everybody loves a fresh cup of coffee a few times during the day, although you might not have realized that it’s a superfood. However, you may already know why it’s considered one. Because of how coffee interacts with our body, it promotes concentration and focus.

Alongside this are several other cognitive boosts, each of which could prove to be quite useful during the day.

Everyone wants an excuse to eat chocolate while still claiming that they’re healthy. With a switch to dark chocolate, however, you could see a variety of benefits. These will primarily be seen in improved blood flow and overall memory, as well as several other advantages.

It should be worth noting, though, that dark chocolate can often have higher calories than other chocolates, so you might want to keep this to somewhat of a minimum.

Eggs have been quite controversial over the past few decades, with the food becoming popular and unpopular regularly. However, recent studies have shown that they can have a variety of health benefits, including a large amount of protein, vitamins, minerals, and more.

Eggs also have a relatively small calorie count, which could be a positive sign for anyone keeping an eye on their weight. As a result, they could be much healthier than you might think.

It can also provide premature aging benefits, thanks to how much monounsaturated oleic acid it has.

Fruits and vegetables are so recommended that they’ve become a cliché. However, that doesn’t mean that they don’t have their benefits. Broccoli is one of the better-recommended, thanks in large part to its vitamin C, vitamin A, folic acid and carotenoids content.

These can help boost your immune system and even your reproductive health, among other areas, making it a well-recommended superfood.

Lentils are a legume and are often one of the more recommended, thanks to a variety of reasons. Perhaps the most notable is that they’re high in lean protein and cholesterol-lowering fibre. Alongside this are a few other nutrients, including iron and B vitamins.

Lentils also offer magnesium and folate, which help to improve heart health, as well as overall blood and oxygen flow. As such, there should be quite a large number of benefits to take advantage of.

While choosing the best superfood to supercharge your body may vary somewhat, depending on your exact needs, all of the above come well recommended. Each has its benefits, which should help to make them worth having in your diet.

However, it’s also worth noting that you should make sure you’re eating them in the right amounts. While all of the superfoods are quite healthy, overdoing it could be quite harmful. As such, everything should be done in moderation to make sure that you see the best results possible.